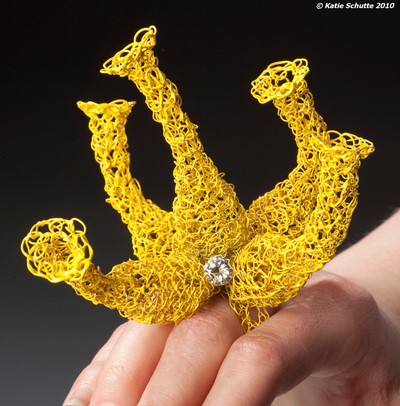 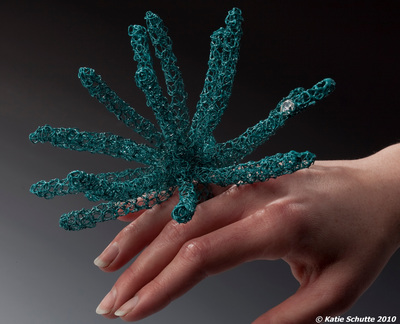 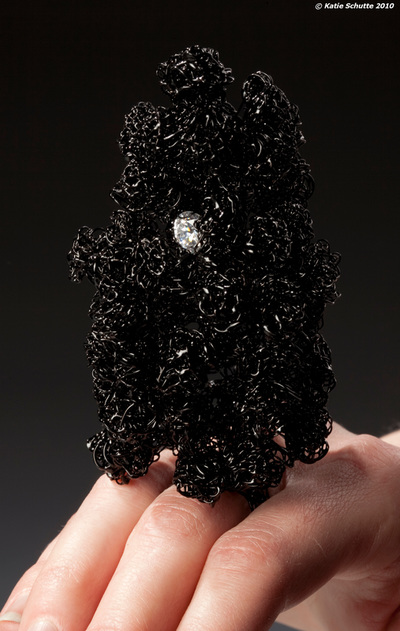 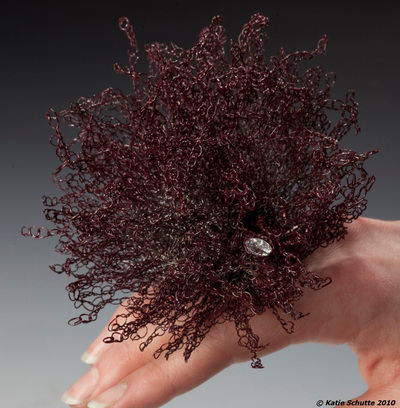 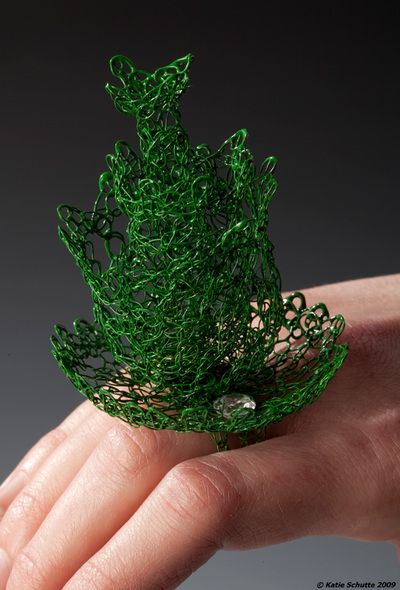 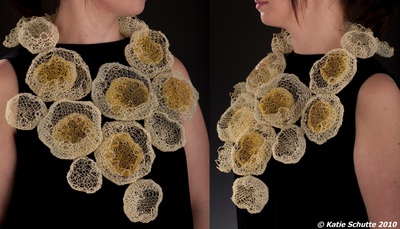 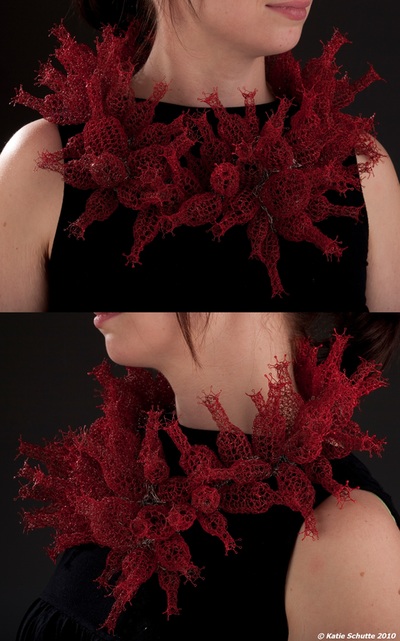 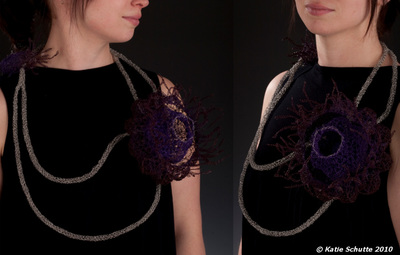 *Click on an image to begin slide show.
Towards the end of the 19th century, traditional crochet items and the technique itself had come to be viewed by European and American society as valuable sought after status symbols. Visual references to nature would be incorporated in traditional crochet pieces such as collars and ruffs.  However, as years progressed, crochet lost its importance and was eventually relegated to the status of ‘kitsch’, and continues to keep that connotation despite a popular renewal of interest in the technique.  As a result, crochet, like many other traditional feminine crafts, is undervalued in current society.
Though still underrated, crochet has become a useful tool in mathematics and science.  These pieces retain organically inspired forms as objects produced through crochet can be closely governed by the same mathematical principles and systems commonly found in nature.  The process of crochet functions like a substitute for cell growth. However, instead of replicating existing organisms, I make my own species that could be included in a larger range of taxonomic classifications.
Society’s notion of value also extends to the materials that compose any particular object. The pieces I have crocheted are discarded steel wire coated with plastic.  Metal and corresponding techniques generally imply value but the type of metal itself can reduce the perceived worth, especially in an item worn on the body.  However, large and vibrant body adornment, even when constructed from ‘cheap’ materials like plastic, evokes a sense of high fashion, which carries undertones of preciousness by society’s standards.  Like past crocheted objects and adornment, once considered high fashion, these pieces can connote high social status and access to material wealth even when made from materials and processes that would be banal on their own.