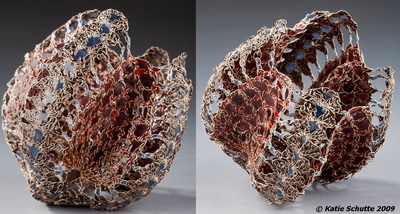 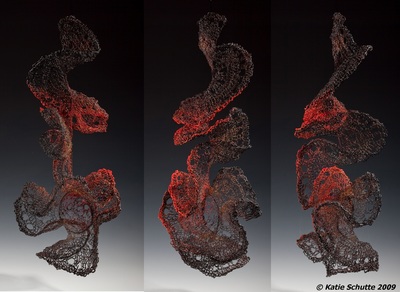 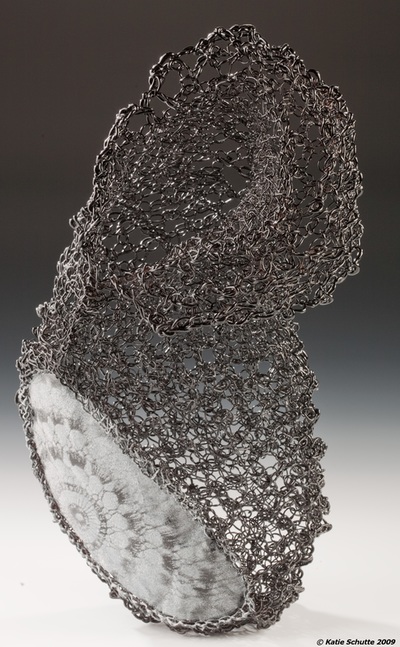 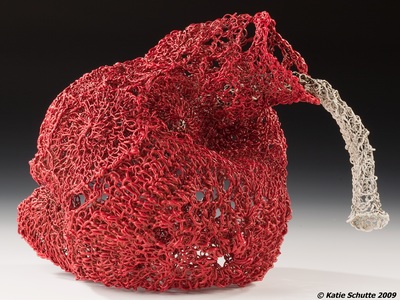 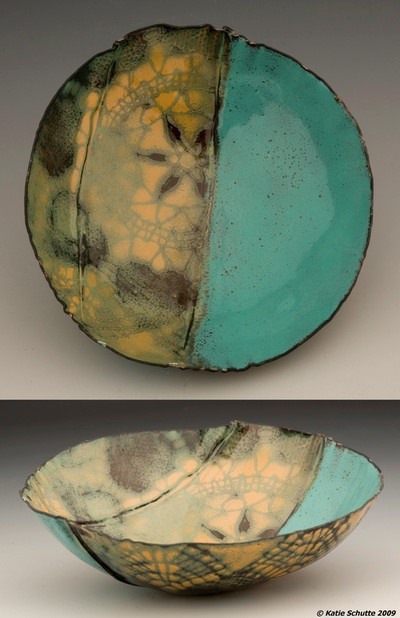 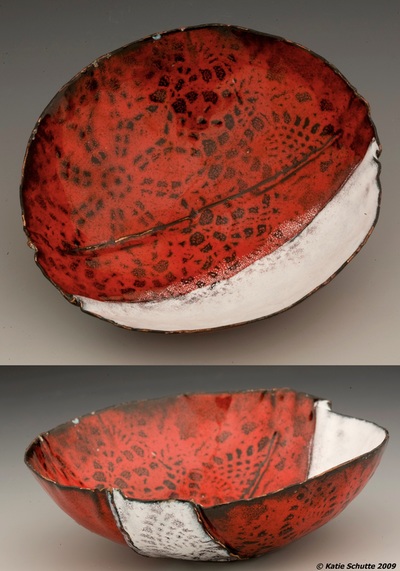 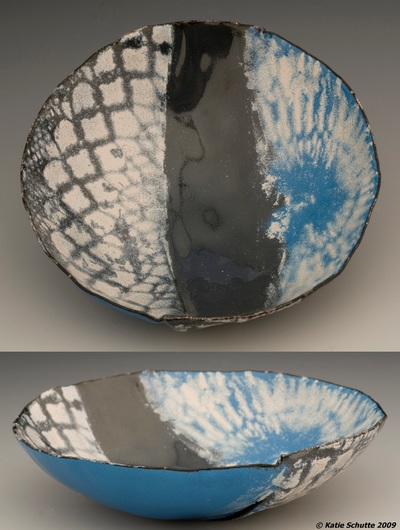 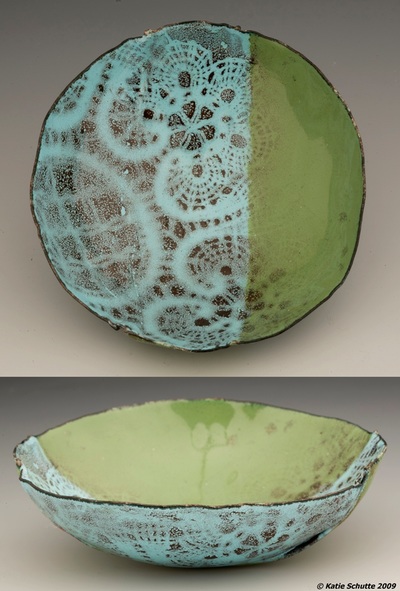 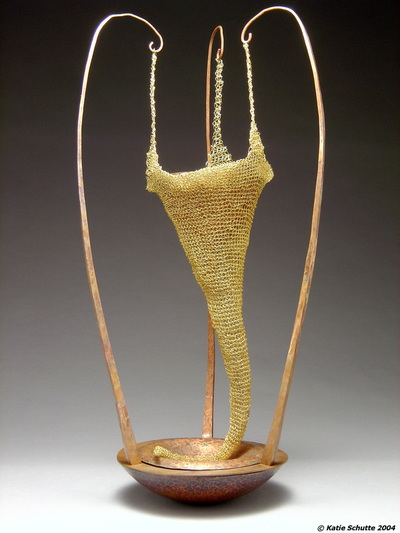 *Click on an image to begin slide show.
Uniting two traditionally unrelated areas of artistry is one of the main catalysts behind my work.  I focus on the exploration and execution of crochet techniques as methods for working with materials and processes associated with jewelry, enameling, sculpture, and metalsmithing.  By merging the craft of crochet with these components, I strive to blur the separation of what is considered fine art and craft. At the same time, I am examining the value that contemporary society places on traditional women’s work by using crochet techniques and items to create objects from precious and non-precious materials.
Towards the end of the 19th century, traditional crochet items and the technique itself had come to be viewed by European and American society as valuable sought after status symbols.  However, as years progressed, crochet lost its importance and was eventually relegated to the status of ‘kitsch’, and continues to keep that connotation despite a popular renewal of interest in the technique.  As a result, crochet, like many other traditional feminine crafts, is undervalued in current society.
Society’s notion of value also extends to the materials that compose any particular object. These crocheted pieces are either made from traditional metalsmithing elements, such as silver, copper and sifted or plique-a-jour enamel, or are discarded steel wire coated with plastic.  Metal and corresponding techniques generally imply value but the type of metal itself can reduce the perceived worth.  However, fine art, even when constructed from ‘cheap’ materials like plastic, evokes a sense of worth and carries undertones of preciousness by society’s standards.  Like past crocheted objects, which were once highly sought after, these pieces can imply high social status and access to material wealth despite being products of crochet and materials that tend to be considered banal on their own.